In discovering his own identity, Greg Sarris helped a scattered Indian tribe reassert theirs.

The man who's bringing slot machines by the thousands to the Bay Area's doorstep isn't much for gambling himself. A self-described Prius-driving nerd, Greg Sarris would rather be at home gardening or working on his next book than hip deep in the casino business. 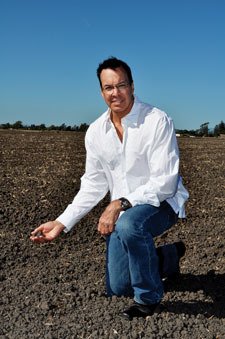 Sarris, a professor of Native American studies at Sonoma State University, writes fiction, nonfiction and children's books. Grand Avenue, a story collection about life on the margins of his Northern California hometown of Santa Rosa, was turned into an HBO miniseries by Robert Redford. Other works include his novel Watermelon Nights, the biography Mabel McKay: Weaving the Dream and Keeping Slug Woman Alive: A Holistic Approach to American Indian Texts.

But as leader of the 1,300 members of the Federated Indians of Graton Rancheria, Sarris, MA '81, MA '88, PhD '89, says he has a responsibility to do what's best for his tribe—and that includes using its hard-won sovereignty to build a nearly $1 billion casino on 64 acres in Rohnert Park, an hour north of San Francisco, scheduled to open in November.

It is gaming on a scale the Bay Area has never seen. And Sarris says the project has transformed the tribe's educational, cultural and social services. For the half of the tribe who live within its aboriginal territory and for other Native Americans in the area, that includes housing and financial assistance, after-school programs and job training. Casino operations promise millions in taxes to beleaguered local governments and good wages for workers of all backgrounds. Sarris insists that every job affiliated with the project—from maid to laborer—pay union wages.

Likewise, he championed an amendment that prohibits the tribe from revoking the membership of those accused of various offenses. Sarris says disenrollment often becomes endemic once gambling money begins to roll in. Members benefit from the Revenue Share Trust Fund, which includes profits from casinos, through per capita distribution.

"When I get worried about this casino and all this money, I look at the people and the lives that have changed and are changing and I go 'OK, something is happening here, something good is happening,'" he says. "That's the way I can sleep at night."

Others are less sanguine. The arrival of Vegas near the heart of Wine Country has drawn fierce opposition about the social and environmental impacts of such a large gambling enterprise. But even critics acknowledge Sarris's formidable ability to march through walls to achieve his goals.

The ancestral lands of the Federated Indians of Graton Rancheria, made up of Coastal Miwok and Southern Pomo Indians, included all of Marin and southern Sonoma counties. The federal government entrusted 15.5 acres in west Sonoma County as a home for landless Indians in 1920 but terminated the arrangement in 1958. The tribe didn't begin its formal fight to regain federal recognition until 1992, when they were jolted into action by news that a distant tribe—one with official status—planned to pursue a casino on historic Miwok land.

"They are trespassing; this is going to happen over our dead bodies," responded Sarris, then an assistant professor at UCLA who had discovered his Indian identity only several years earlier. He was soon elected chair with all but three of several hundred votes; he has held the position ever since. By 2000, Sarris had found a way through the byzantine recognition process, using connections like Redford and his own chutzpah to overcome roadblocks.

"The image I have of him is of somebody walking through one of those rainstorms in Chicago," says Victor Rocha of the Pechanga band of Luiseño Indians in Riverside County. "The rain is horizontal and he's pushing his way through the headwind. He succeeded because he never stopped. He never backed down." On December 27, 2000, President Clinton signed a bill restoring the Rancheria's status, the last time such legislation has passed. Rocha, a longtime Indian gambling analyst, says he and everyone else was surprised when Sarris got federal recognition so quickly.

At the time, Sarris professed no interest in tribal gambling. That changed, he says, once it became clear that the tribe lacked the resources for endeavors like organic farming. Much of the following decade was spent dealing with the ensuing controversy, lawsuits and bureaucracy, which climaxed in May 2012 when the California General Assembly approved a compact laying out terms for operation of the casino.

The twisting path to the casino, though, is nothing compared to the convoluted history of Sarris's life. Born in Santa Rosa in 1952, he was adopted at birth, growing up in a white family with middle-class trappings but in a home that was anything but comfortable. His adopted parents brought him home believing they were unable to have children. But almost immediately, they conceived the first of three biological children, a development that Sarris says further complicated life with his abusive, alcoholic father.

By the time he was a teenager, Sarris's adopted parents were divorced and their eldest son was getting into delinquent behavior, finding comfort with Mexican and Indian friends in Santa Rosa's poorer quarters. He discovered a particular haven with a large American Indian family that took him in. 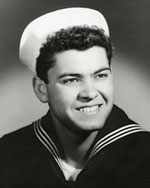 A black and white photo of Hilario in a navy uniform.FOUND: Sarris's biological father, Emilio Hilario Jr. (Photo: Courtesy Greg Sarris)
His own ethnic makeup, however, remained a mystery. The subject of a closed adoption, Sarris had come home with a single clue to his biological identity—a bracelet the hospital had neglected to cut off that identified him as Baby Hartman. A few days later, his adopted mother had read the death notice of a Mary Bernadette Hartman in the local paper.

As he became an adult, Sarris chased for more information, getting a friendly nurse to access Hartman's medical records. An unwed teenager from a wealthy background in Southern California, Hartman had been sent to Santa Rosa to deliver her child with no one the wiser. Instead, a botched blood transfusion killed her 10 days after his birth, and she was buried in the paupers' section of a local cemetery. When Sarris showed up with questions two decades later, the doctor who'd been in charge broke down crying, Sarris says.

Eventually Sarris tracked down his birth mother's brother, who couldn't tell him who his father was but, noting Sarris's 6-foot-2 height, said he reminded him of a Hawaiian-looking football player his sister used to date. That led Sarris to the 1948 Laguna Beach High School yearbook, where he found himself face to face with a darker version of himself: Emilio Hilario Jr.

It was too late to meet the man. He was dead. But Sarris's paternal grandfather, a Filipino immigrant, embraced him, showing him pictures of his late wife's family—Native Americans from Santa Rosa. Their house was filled with many of the same people hanging on the walls of the Native American family who'd taken him in as a teenager.

It was a transformative moment: He was a quarter Native American, a familiar mix in a tribe whose members have been scattered. There are no purebloods among them, Sarris says. The last Coastal Miwok native speaker died in 1978, though the tribe is reviving the language through education.

But Sarris had found his home—a theme—that he says dominates all his writing. And he had found a cause that would anchor his life.

While earning his doctorate at Stanford, Sarris led the campaign to start an immersion program for Native American students, which quickly turned around a woeful attrition rate. His work in the classroom helped him win the Gores Award for excellence in teaching in 1989. The casino is just the most recent and public accomplishment animated by the same inspiration.

"If something is wrong, you try to make it right."

“I believe that leading and teaching use many of the same skills, but it is important for me to keep the two hats separate,” said Sarris.

“I am thrilled to see Greg Sarris’s multiple contributions over the past decades recognized this year, from his induction into the American Academy of Arts & Sciences to this important award from Heyday,”